Foreign investors ignored 26 states in Nigeria in the year 2020, according to a report released by the National Bureau of Statistics.

The recently released Capital Imports report by the National Bureau of Statistics details the value of new investments that have poured into the Nigerian economy in 2020.

It should be noted that 11 of these states also failed to attract foreign investment in 2019. 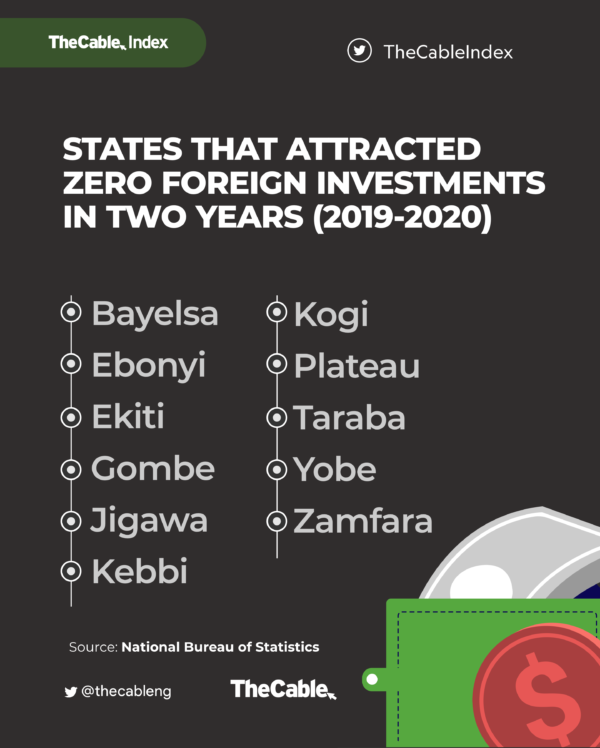 In December 2020, the NIPC announced that investments worth $ 1 billion had been announced in Kogi in the third quarter of 2020, on the highest in the country.

Lagos remains the favorite of investors

Lagos edged out nine other states and the Federal Capital Territory (FCT) to top the list of states that attracted the most investment in 2020.

Nigeria’s commercial city has attracted $ 8.31 billion in investment, accounting for 85.7% of total capital inflows into the country.

Abuja (FCT) is the second investment destination with $ 1.27 billion, while Abia came third with $ 56.07 million. 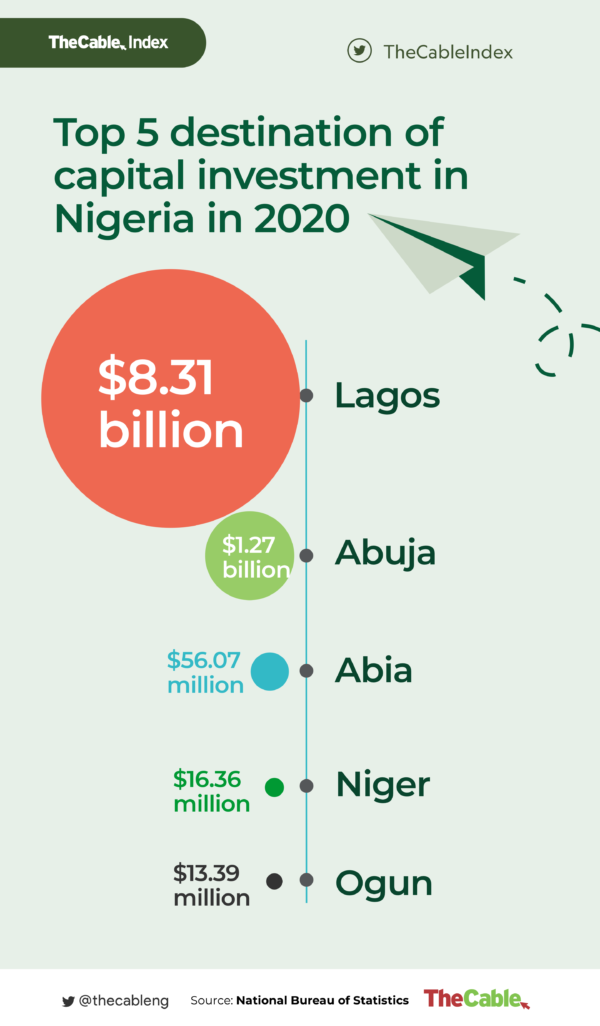 Out of 65 countries that have invested in Nigeria, the UK has emerged as the main source of capital investment in 2020 with $ 4.17 billion. 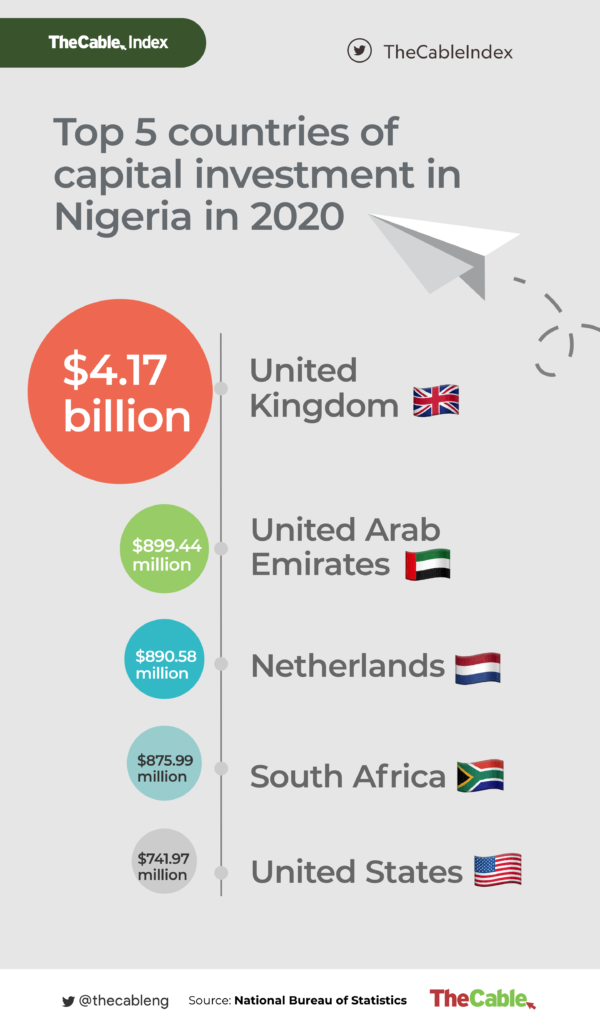 Nigeria’s economy has been hit hard by the pandemic alongside the rest of the world.

“The methodology is flawed, tired of repeating it. The methodology focuses on the registered address that imports the capital. So if you invest in Kano, but your address says Abuja, this is where it’s registered for, ” he has answered when questions were asked about the state’s investment status.

“Foreign investments are the key to the switch to nuclear power”

Investments from foreign players keen to do business in the Philippines will push the country to embrace nuclear power, a senior AC Energy official said on Wednesday. “I think the best bet in terms of a potential strategy for the Philippines is to get foreign investors because they are the ones, especially the incumbents, who […]

Foreign investment in Egyptian treasury bills up to EGP 349.9 billion in May 2021: CBE