While Harvey Norman has repaid $ 6 million in wage subsidies, others are quick to point out that the retailer has in fact claimed $ 22 million from JobKeeper.

Perhaps giving in to public pressure, Harvey Norman repaid $ 6 million in wage subsidies to JobKeeper after posting record profits in the 2020-21 fiscal year. But here’s the kicker, the retail giant has repaid less than a third of the estimated funds the company has claimed in total. Today, Harvey Norman reported profit of $ 1.183 billion, an increase of $ 521 million from the previous year, or 78.8%.

A footnote in the annual report states that in August “all support and salary assistance received by controlled entities in Australia in the amount of $ 6.02 million … were repaid to the federal government via the Australian Taxation Office “. This included $ 3.63 million for fiscal 2021 and $ 2.39 million for fiscal 2020.

Harvey Norman shareholders will receive dividends totaling $ 249 million, of which billionaire Gerry Harvey, owner of the channel, is expected to personally receive $ 78 million. About 70 Australian companies saw increased profits for investors during the COVID-19 period, while receiving JobKeeper payments and other taxpayer-funded aid.

JobKeeper was designed to ensure that companies can afford to continue paying their workers while their profits decline. Despite this financial support, some large companies still laid off staff or forced employees to take time off.

The companies that voluntarily repaid the grants are Nine Entertainment, Dominos, Super Retail Group and Toyota.

Others who have yet to do so include Harvey Norman and auto dealer group AP Eagers, which is expected to pay $ 64 million to shareholders after receiving $ 130 million in JobKeeper payments.

Like Peter Martin from Australian National University noted: “At its peak, more than 3.8 million Australians were on JobKeeper – three in ten Australian workers. Yet when JobKeeper ended at the end of March, it looked like a simple job hitch. The unemployment rate has indeed fallen for the sixth consecutive month.

The Bureau of Statistics said the cut had no ‘noticeable impact’. Treasurer Josh Frydenberg went further. The economy had “strengthened, even after the end of JobKeeper.” Since the end of JobKeeper, 132,000 people have stopped receiving income assistance.

“My rough calculations suggest that this means that the number of Australians who actually work may have fallen by 94,100.

“An analysis prepared by Jeff Borland, University of Melbourne employment specialist for the Fair Work Commission, puts the number of jobs lost between 45,000 and 97,000.”

Taxpayers are asking why the government, despite the rush to pass the incentive, has not made repayment of funds mandatory for those who ultimately did not meet the criteria. Many are unable to understand why these profitable companies were not forced to repay the money, given that the federal government had made it clear that the funds were only available to small businesses that experienced a decline of at least less 30% of their turnover and large companies that had a 50% drop.

However, that appears to be the case – Federal Treasurer Josh Frydenberg confirming that there is no legal obligation to repay whether businesses and businesses are profitable or not.

Despite this, many Australians believe that profitable businesses should do the right thing and pay back the funds, especially since many businesses and the economy in general are going rough.

They think it’s immoral for big companies to take advantage of a tough situation, and many have even vowed to boycott companies that put greed ahead of what they see as the right thing to do.

An analysis prepared by Jeff Borland, University of Melbourne employment specialist for the Fair Work Commission, puts the number of jobs lost at between 45,000 and 97,000.

Meanwhile, thousands of businesses – especially small businesses with limited cash or assets to draw on – have closed their doors due to the business downturn, while thousands more are barely keeping their heads out. some water.

Businesses hit by Melbourne’s most recent closures can no longer receive help from JobKeeper and have had to rely on grants.

The Victorian government has been reported to have received 72,800 grant applications under its Business Cost Assistance program and nearly 6,000 under its larger fund for licensed hospitality venues. .

There are also concerns that the latest round of financial aid for individuals in Victoria has been extremely slow to get to where it is needed with figures released last week showing less than 8,000 people have so far received payments. in emergency cash from the federal government, barely because emergency aid had to stop.

Self-employed traders earning less than $ 75,000 a year, in particular, have gone the hard way, finding themselves without government assistance for lost income.

“And while the federal government continues to trot the supposed good news about the Australian economy, the truth is that a huge percentage of Australians still struggle to find work, pay bills or even keep a roof over their heads. above their heads.

And yet the rich who get richer is an eerily familiar story.

Every year at tax time we see the published list of large corporations, especially foreign-owned, that get away with little to no tax. Ordinary Australians, especially small businesses, get hit and then find themselves relentlessly pursued by the ATO if they make a mistake in calculating their taxes or underpaying them.

It is not clear whether the federal government or the ATO will pressure profitable companies to reimburse JobKeeper.

The Green Party has set up a petition on its website calling on these companies to reimburse it so that the money can be allocated to those who need it most. 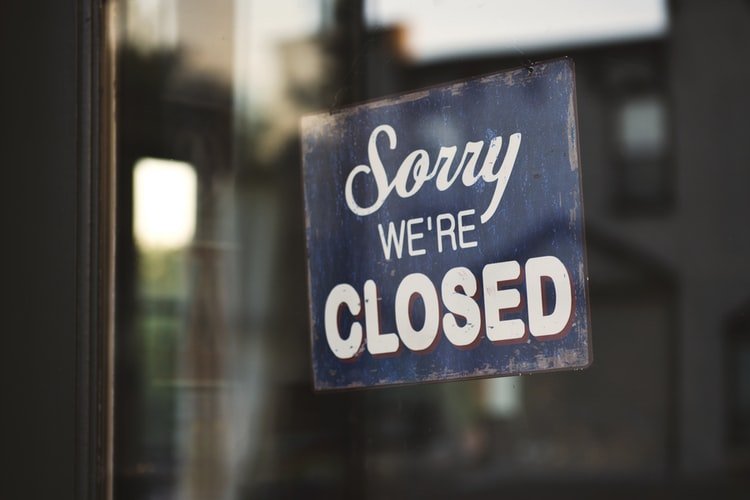 NEW YORK, NEW YORK – NOVEMBER 24: A man sits on the Wall Street Bull near the New York Stock … [+] Stock Exchange (NYSE) on November 24, 2020 in New York. As investor fears of an election crisis ease, the Dow Jones Industrial Average broke the 30,000 mark for the first time on Tuesday […]

Breadcrumb Links New Canadian Politics Canada The proposal targets companies generating more than $ 10 million in annual revenue and would double the income tax payable on all 2020 profits that exceed their annual average since 2014 Author of the article: Christophe Nardi Release date : Apr 27, 2021 • April 27, 2021 • 3 […]

President Joe Biden’s US Jobs Plan, which is integral to his agenda to build an economy that empowers workers and families in the United States, promises unique investments in the long-neglected safeguards of our economy. Part of the package has raised the particular anger of corporate lobbyists and laissez-faire conservatives: raising the corporate tax rate […]